Here's a couple of the Lego creations my son, Felix (4.5 years), has come up with recently. 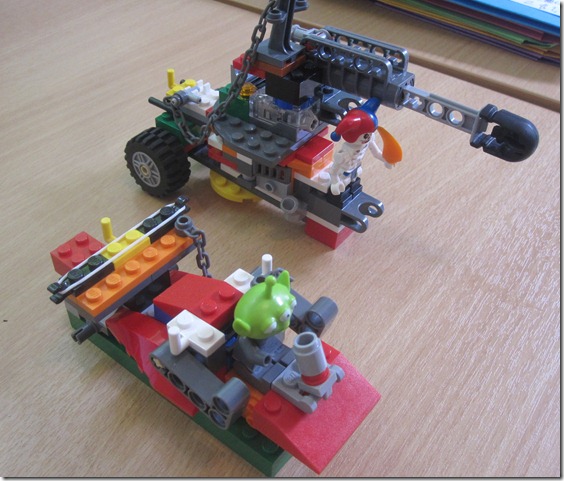 I don't know what the benchmark is for the creativity of others his age, but, to me, this seems quite advanced. Note the attention to the symmetry on the "craft" in the foreground.

He can also build a Lego model from scratch using the instruction leaflets. While he gives us cause for concern in other areas (mainly his speech), it makes me feel a bit better about things when I see there's a budding engineer in him.